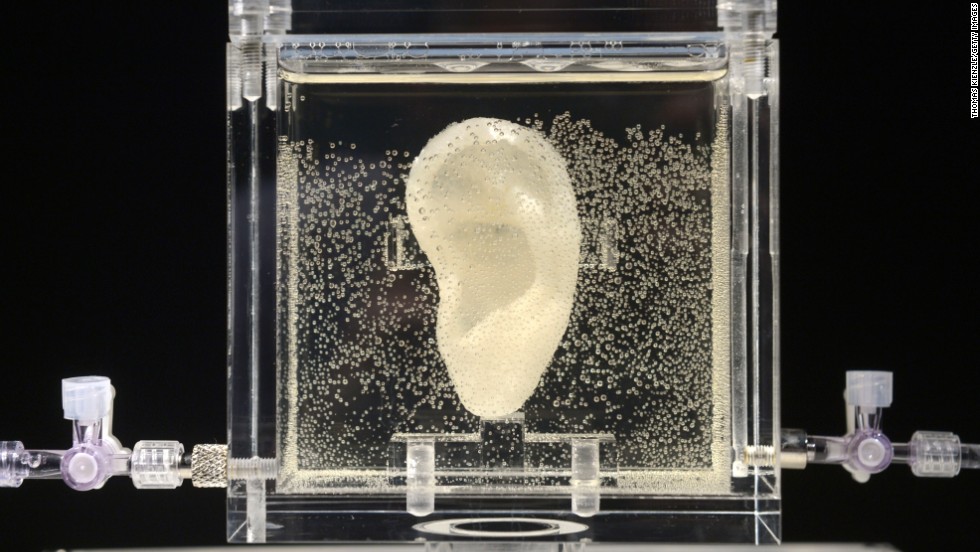 Tissue engineering has given us some important medical and scientific advances: Layers of skin grown in the lab can be grafted onto wounds to help burn victims heal. Researchers are developing artificial lungs and livers that may one day be transplanted into patients.

But can tissue engineering also give us a new medium for art? It can for Diemut Strebe, a Boston-based artist who created a replica of Vincent van Gogh's famously amputated ear that is about as close to the real thing as you can get. The artistic experiment may even lead to new advances in the world of science.

Strebe persuaded Lieuwe van Gogh, the great-great-grandson of Vincent's brother, to donate a chunk of the inside of his ear for the project. (Although it did not take much convincing because, according to Strebe, "he loved the project right away.") Then she worked with a "who's who" of engineers and scientists to grow Lieuwe's ear cells on a polymer-based scaffold that approximated the shape of Vincent's ear, based on the only known photograph of the artist showing the body part that was famously removed.

The result is a piece named "Sugababe," currently on display at the Ronald Feldman Fine Arts Gallery in New York City, in a show of Strebe's work. The ear, which an art writer called "creepy" and Stephen Colbert called "the craziest (explicative) thing," made its debut last year at a museum in Karlsruhe, Germany. It gets is name in part because of the sugar-white color of the ear.