The benefits of flow culture

One of the most important challenges of tissue engineering is the reproduction of an "artificial" vascular system able to supply the growing cells with sufficient oxygen and nutrients, as well as to remove the waste matter generated by cells metabolism, is one of the most difficult issues.

Cell cultures developed on three-dimensional scaffolds under static conditions are specially sensitive to oxygen and nutrients depletion. Assuming that they are equally distributed across the volume of the scaffold at the beginning of the culture, cells should develop at a similar rate in the whole scaffold. However, those cells located at the inner areas of the scaffold transform all the available oxygen and nutrients into carbon dioxide and waste matter soon, since renovation rate by diffusion is too slow compared to cell metabolism. Then, it typically happens that scaffolds larger than 1 mm result in a shell of viable cells and matrix surrounding a necrotic core due to the absence of vascular supply.

Thus, the improvement of mass transport and nutrient exchange in three-dimensional in-vitro experiments is crucial to get viable cells populations, for which the imposition of certain flow rate across the scaffold (perfusion) has been experimentally shown very efficient, compared to static cultures.

Likewise, flow stimulation is also crucial for the appropriate development of certain kinds of tissue as, for instance, the vascular tissue. In this case, endothelial cells in the intimal layer are strongly influence by the effect of blood flow, which has been experimentally demonstrated to exert a strong influence of the behaviour of such cells and, in general, of the whole vessel. Thus, culturing of blood vessels under flow conditions is of vital importance, since no other conditions better reproduce conditions experienced by cells in-vivo.

The TEB flow bioreactor series are versatile systems which allow setting up a wide variety of flow culture circuits for many different kinds of scaffolds. Check their capabilities of the two available models.

Here you will find some of the most frequently asked questions about EBERS' products.

If you cannot find the answers to your questions in this list, please contact us and will will attend you as soon as possible!

Press here to download the brochure in PDF format.

Thanks to its versatile configuration, EBERS bioreactors may be applied to develop a huge amount of experiments with different types of cells and scaffolds.

Here you will find some experiments which have been carried out in our laboratory using the EBERS equipments.

Complementing the Master Unit EBERS also offers several culture packages, necessary to develop cell cultures in the EBERS bioreactors. However, it worth remarking that almost any kind of culture chamber may be used within the TEB1000 Master Unit.

Moreover the P3D chambers, EBERS offers culture chambers for vascular tissues as well as a custom development service aiming to satisfy the particular demands on this subject. 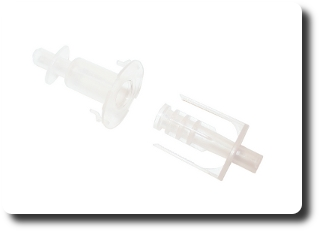 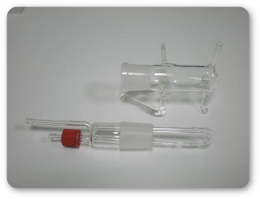 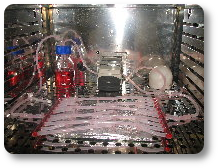 The vascular chambers are:

Nevertheless, is it possible that the features of our chambers do not meet the requirements of your experiment. If that's your case, you might be interested in contacting ourThis email address is being protected from spambots. You need JavaScript enabled to view it., which will help you in the design and manufacturing of your specific chamber.

These are the accessories available for the P3D chambers.

If you have question or would like to receive additional information about the P3D accessories and consumables, do not hesitate to contact us!