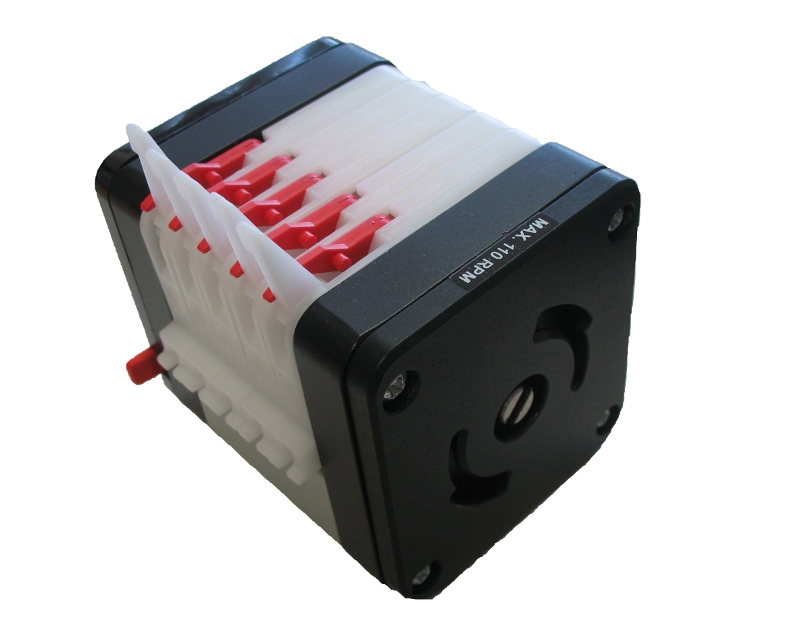 The Low-flow pumphead can work with several tube bores to provide flow rates from 0.0033 to 33 ml/min per channel. It counts on eight rollers in order to minimise the effect of pulsatility, which always is associated to the peristaltic pumping. The tube is easyly inserted in the pumphead thanks to its smart design, and can be closing pressure can be regulated in order to obtain the optimal pumping rate.

Up to four low flow pumpheads can be simultaneously used in the TEB1000 allowing the user to count on twenty independent channels.

The mounting plate which holds the pumphead to TEB1000 bioreactor is also compatible the High-Flow pumphead, so both pumpheads can be easyly interchanged in order to adapt to the flow demands of each experiment.